About Cultural Solutions 101 & 201 Hosted by ALIGN 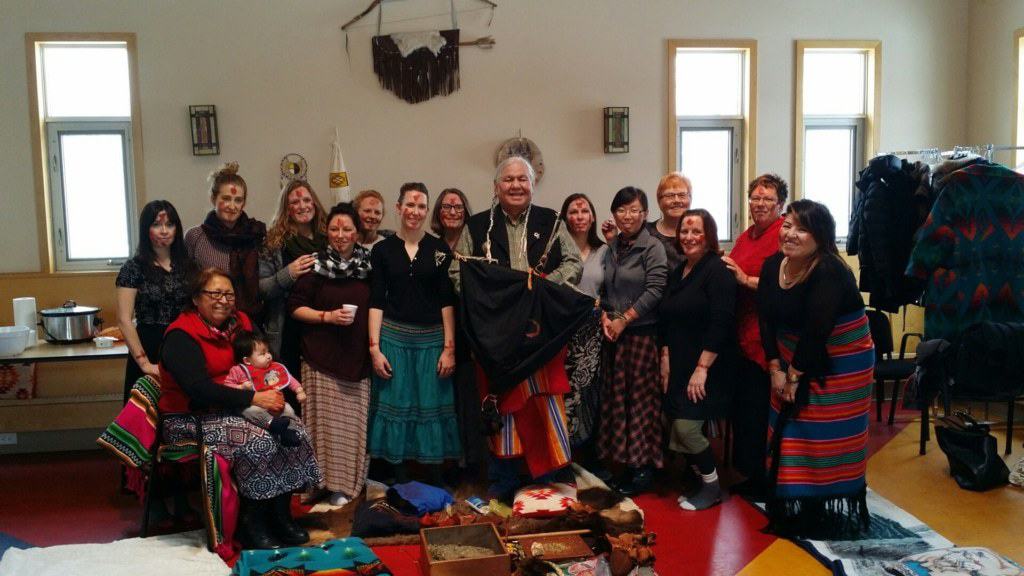 ALIGN hosts Cultural Solutions 101 & 201 training sessions through-out the year. Visit ALIGN Training to see if there are any upcoming sessions scheduled. To be notified of upcoming training please contact mistaz@alignab.ca 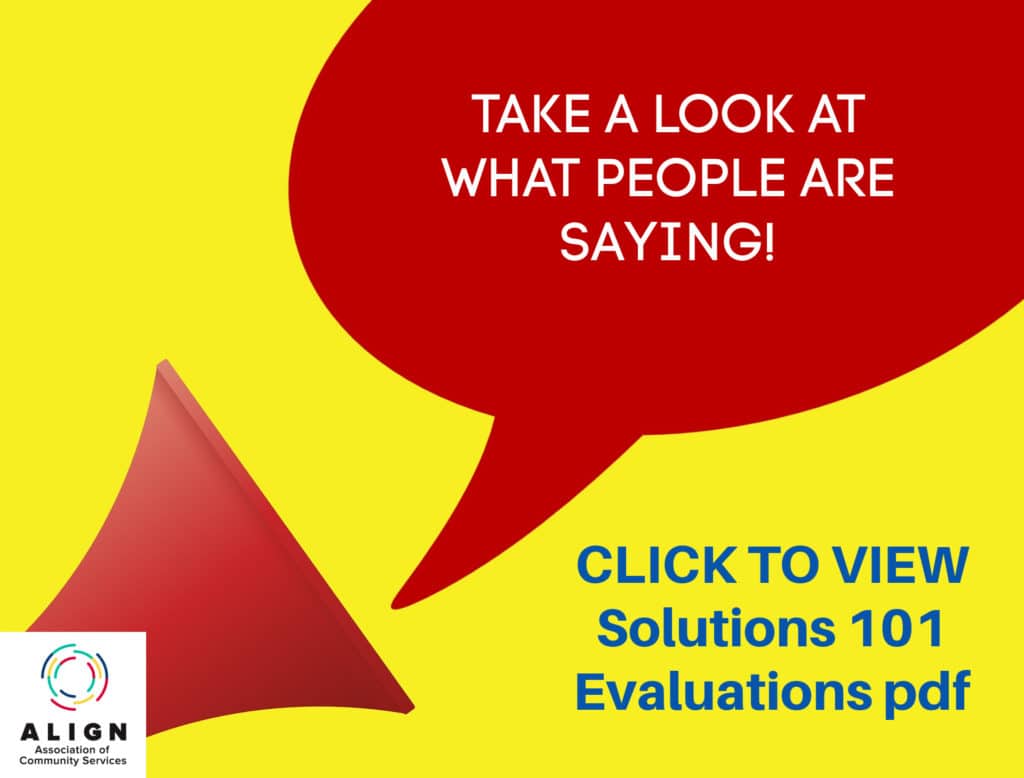 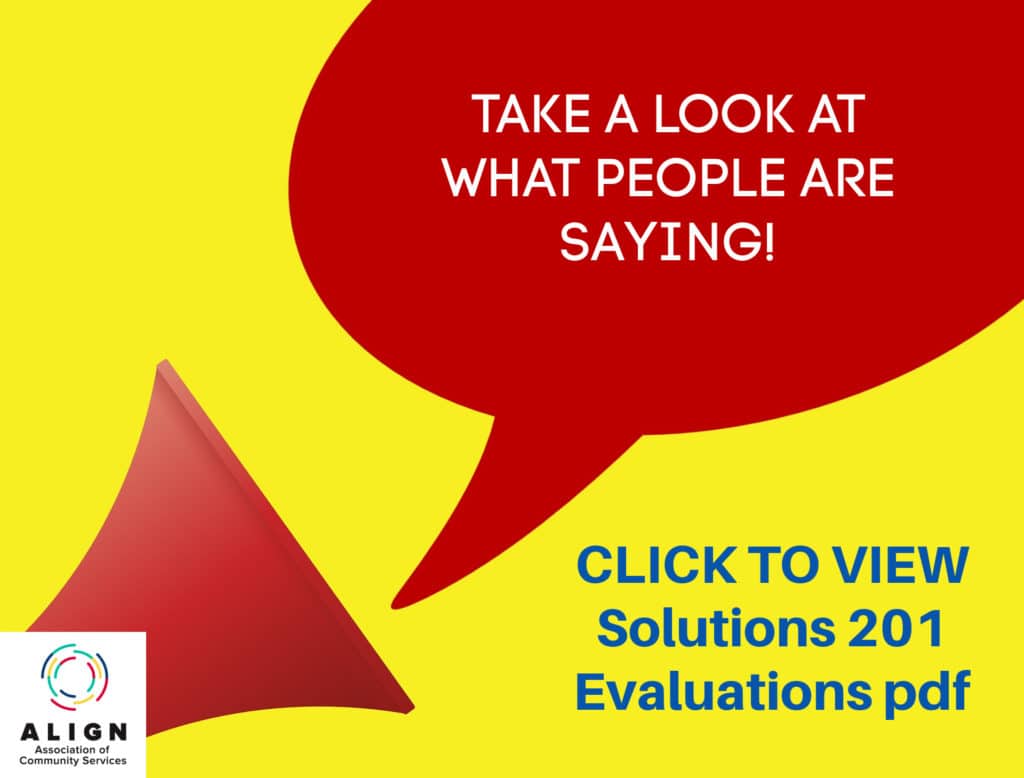 How
do I understand the recommendations of the Truth and Recommendation
Commission (TRC) or the United Nations Declaration on the Rights of
Indigenous Peoples (UNDRIP)? How can I apply these directions to my own
life, and to my work with Indigenous people? How do I act as an ally?
What does that look like? How do I offer programs that are meaningful to
Indigenous Community?

OK! If you are thinking about these things, we invite you to join us on a learning journey…

This
training is intended to provide professionals who are interested in
expanding their knowledge on working with Indigenous peoples through an
educational and experiential opportunity. Over three days (3.0),
participants will gain a deeper understanding, and personal experience
on Indigenous history and perspectives through various traditional
teachings and protocols, and how these relate to the delivery of human
services with Indigenous service use

Course
Objective This virtual training is intended as a level two training
opportunity to better understand “The How” in reconciliation.
Participants MUST have taken Cultural Solution 101 as a primer as well
as experience in understanding parallel approaches, ethical space and
personal experiences with Indigenous history and perspectives. Over
three days, participants will:

Dr. Reg Crowshoe is a Spiritual/Cultural Advisor. As former Chief of the Piikani Nation, and Ceremonial Grandparent, Dry. Reg Crowshoe is also known as Awokaseena, meaning Deer Chief in the Blackfoot language. This was also his grandfather’s name. As an Elder and a Bundle Keeper, his father Joe Crowshoe’s teachings were instrumental to Piikani cultural preservation. His mother’s side was from the Nez Perce Nation in Idaho. The Piikani people took in his ancestors when they came to Canada, to escape being forced onto a reservation in the southwestern United States. Reg finds strength in the ceremonies and teachings of his parents and grandparents. They passed on transferred rights, or traditional authorities, that he is responsible for today as a ceremonial Grandparent. He runs ceremonies of the Thunder Pipe, the Sun Dance, and the Brave Dog Society, as a part of his traditional lineage and Blackfoot identity. For “white man’s knowledge” he was brought to the St. Cypriot Anglican Residential School on the Peigan Reserve. Before he went to school, he spoke the Blackfoot language, and believed in his grandparents’ ways. When he went to residential school, he was lost – the system did not reflect his belief system in any way. Reg does give credit to the value of the education he received through the residential schools, including the ability to read and write. Reg later attended the University of Calgary, receiving an honorary degree. He joined the Royal Canadian Mounted Police and worked on several reserves in Saskatchewan before returning to work with the Peigan Band departments, and with the Province of Alberta in developing the HeadSmashed-In Buffalo Jump heritage site. He has also developed cultural courses with the University of Calgary and the University of Lethbridge, and has co-authored numerous works, including Akak-stiman and Science in the Native Community.

Kerrie Moore MSW, RSW, Cree/Métis is originally from Saskatchewan. Kerrie is in Private Practice, specializes in trauma and grief, and has extensive experience and training in Post Traumatic Stress Disorder. Kerrie has worked for over 20 years as a consultant, educator and clinical practitioner in the fields of Justice, Child Welfare, Health Canada, Education, Veterans Affairs and Community Development. Kerrie is a facilitator providing workshops for the University of Calgary, agencies who work with Aboriginal people and with the Calgary Homeless Foundation. She is an integrative psychotherapist and incorporates both Traditional and BioMedical methodology in her practice. Kerrie is acknowledged and accepted as a Spiritual Advisor and Knowledge Keeper. Kerrie is a recipient of the Alumna of the Year Award 2008, from the University of Calgary, Women’s Resource Center.

Adrian Goulet Cree Name (Wapi Mahegun Napew-White Wolf Man) Blackfoot Name (Choo Aup Spoom Tah Dah Pii-Genuine People Helper) was born in Quesnel British Columbia to a Métis Father and Cree Mother, whose Aboriginal ancestry is from both Northern Alberta and British Columbia. Adrian was raised under his mother’s lineage, with the morals and values that created the foundation for his life and making him into the person he is today. Using these teachings, he has been successful in both academics and employment, and currently is the Cultural Reconnection Coordinator AFCC, Cultural Advisor MCFS, Mahegun Tail Inc Director, Cultural Solutions presenter and (oskapewis –ceremonial helper & singer) with Reg Crowshoe and advising on various community short & long term committees in Southern & Northern Alberta.

Living in the Calgary community for over 30 years Adrian has adapted his traditional skills into his new surroundings, such as drumming, singing and dancing which has always been one of his passions. Adopted by Blackfoot Families (Turning Robe & Crowshoe) he uses all of his teachings and passes these down to the youth of the Calgary community. Adrian was also the winner of the 2006 Dr. Douglas Cardinal Award, awarded by the Native Center and First Nations Student Association, (UofC) to recognize and honor significant achievement as a professional person from the Aboriginal Community.

© 2022 Copyright ALIGN, All Right Reserved. Disclaimers of Endorsement and Liability